The number of transactions in the Benelux Software & IT Services sector remained very high in the first quarter of 2021. What stands out: Private equity backing continues to play a pivotal role in technology M&A. More often, investors are involved with mature organisations in pursuit of add-on acquisitions.  The idea here is to unite multiple smaller companies to create one overall leading platform in a sector or niche.

This finding is evident from research conducted by CFI in collaboration with Computable, a magazine for Software & IT professtionals.

Private equity invests in companies with a proven track record. The ultimate goal is to create one leading platform to become the most important player in the (niche) market. This may be either horizontal, for example, hosting, security, Microsoft 365 Business Central- or SAP S/Hana-software. On Or vertica, within a certain niche, such as construction, healthcare, accountancy or the local government.

A great example of the latter niche is Exxellence, a local government automation company based in Hengelo. Supported by private equity party Main Capital, this company is currently building a platform that can compete within the council software market. Significant competitors include for example Roxit (remarkebly an exit-investment of Main Capital), Centric and Pinkroccade. In the first quarter of 2021, Exxellence acquired Tercera (software for the digitization of spatial planning at municipalities and provinces) and Pronexus (software for municipality and governmental tasks). In 2020 the company already acquired three other ICT players in the local government niche, namely 4Value, Zaaksysteem.nl and T&T. Exxellence also formed a strategic combination with Berkeley Bridge, specialist in web applications and services based on decision trees with a large presence in the public sector.

Another remarkable company is Techone, supported by Nedvest. This company succesfully acquired players in the managed services sector. The Rotterdam-based ICT-group closed fifteen deals since it started acquiring in mid-2020. In the first three months of 2021, it acquired Qweb, Lancom, 12Connect and Scaldis, followed by Power Station and Compx in May. All companies mentioned are local, small-scale and provide ICT services to SMEs.

Its safe to say, there is a consolidation battle taking place in this market and many parties did not want to miss out during the period January – March 2021. Ramon Schuitevoerder, Partner at CFI and head of the Software & IT Services team, points out Uniserver, a cloud-based service provider from Alkmaar. Like Techone, it has been following a buy-and-build strategy, albeit at a slower pace. The company focuses specifically on expanding cloud -and data services. Accordingly, it bought Cloudnation from Bunnik in March and the data center infrastructure branch of the Rotterdam-based Soluno BC in February.

Another interesting example mentioned by Schuitevoerder is the Interstellar Group. Under this umbrella, six IT service providers joined forces: Solimas, Exite ICT, CSN Groep, Fundaments, DataExpert and Pinewood. Financially backed by investor Quadrum Capital from Twente, they aim to grow into a major player in the Dutch ICT sector via a buy-and-build strategy. After its foundation in February, a first acquisition already followed in March: Databyte from Steenbergen. The company’s primary objective is to achieve a turnover of EUR 120 million.

There are many more examples of platform investments where relatively small companies are bought in order to achieve growth during a short period of time. For example, Norwegian business software group Visma decided to buy two local companies: the startup Brincr (wholesale software as a cloud solution) and Outstanding24, a cloud solution provider for debtor management, with a focus on SMEs (intended to strengthen the Visma Onguard component).

The aforementioned capital provider Nedvest is building a platform for the construction and real estate sector, named Treetop. The company already included automation companies Kraan Bouwcomputing, Admicom and Brickz (Frank Boufsoftware since May). Since the start of this year, Herke ICT and HomeDNA were added to this platform. As a group, the five provide a wide range of construction solutions for (BIM) computations, accounting, budgeting, project monitoring, guidance, materials, service, maintenance and relationship management. Clients can use the platform additionally to purchase ICT management services.

In the first quarter of 2021 no major deals were completed, except for Unit4 which got acquired for two billion by TA Associates and Partners Group from former owner Advent.  In addition, ICT Group went from public to private after an investment from NPM Capital and Teslin of around 140 million euros. Another deal worth noting is the sale of Amsterdam-based 3D Hub (provider of a platform for 3D-prints) to its American peer Protolabs. This acquisition involved at least 280 million dollars. This amount can be increased even further, with 50 million dollars, if the investment’s objectives are considered.

A reason for the number of smaller deals in the Dutch ICT sector is that many SMEs are involved (over 81,000 ICT companies, according to CBS). Acquisitions of these type of companies dominate. Moreover, “a lot of capital is available nowadays,” says Schuitevoerder. Low interest rates imply that more and more investors put their money into sectors that perform(ed) well during the corona crisis.

The ICT sector is an excellent example of this phenomenon. Due to working from home and the digital transformation that organisations are undergoing at an accelerated pace, this sector particularly reaps benefits of sharply increased ICT spending. “Private equity profits from this,” he says. “Growth expectations in ICT are high and there are fewer alternatives to invest in. COVID-19 has given the ICT sector more exposure. This can be seen from the appetite of private equity to conduct transactiosn in this sector, which mainly involves smaller companies.”

Private equity is opposed by venture capitalists who put money into startups and scale-ups. These types of investments are often riskier since growth expections still have to be met. De Visser emphaises that although venture capitalists made fewer investments over the past quarter, compared to private equity investors, they still dedicate significant amounts of money to the Dutch ICT sector.

An example is HousingAnywhere, a Rotterdam-based online real estate platform for young employees and international students. This company raised 24 million euros in a third round of investment last February. At the start of this year it also bought an Italian equivalent (Stanzazoo) as well as a German and Icelandic industry peer last year. HousingAnywhere now raised 35.5 million euros and plans to do even more international acquisitions.

Another eye-catcher is the Dutch Sport Tech Fund, which started in March. This fund plans to invest in five to ten sports technology companies per year. The first participation was in ISG Groeifonds, which in turn owns sports technology company Dotcomsport. The new fund raises capital among (tech) investors and former athletes. In the sports sector, too, there is an acceleration in digitisation around administration and competition and training analyses.

A typical venture capital investment from the first quarter of 2021 is the deal between Utrecht-based Red Kubes and investor Capital Mills. This investor provides 1.2 million seed capital to the startup in order to launch a new container platform. This ‘Otomi platform’ of Red Kubes is based on the rapidly popular orchestration middleware Kubernetes.

According to CFI, all signals for the second quarter are on green for the Dutch ICT market. For the time being, it is expected that the positive dynamics from past quarters will be here to stay.

With our passion for deals, CFI is a trusted corporate finance lead adviser to the middle-market providing best-in-class advice and seamless execution on M&A transactions for our clients worldwide. On a daily basis, we continue to build long-term relationships and partner with entrepreneurs, private equity investors and management teams planning to sell their businesses, raise capital, restructure or build by acquisitions. 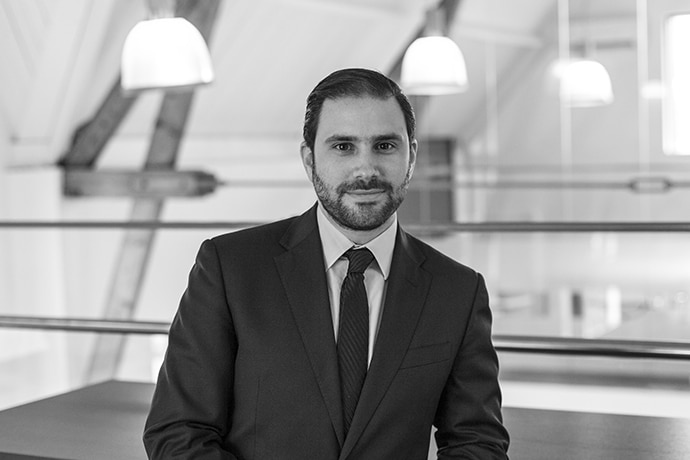