For the second year in a row, Afas Software (‘Afas’) is the financially healthiest ICT company in the Netherlands. The company from Leusden has been at the top for years. It does suddenly have three newcomers breathing down their neck, newcomers who may make it difficult for Afas next year in the financial research that the Dutch branche of Corporate Finance International (‘CFI’) is conducting for Computable.

The code word is Covid-19, or corona if you like. The whole of 2020 will be dominated by this and will of course also have consequences for the financial results over the past year. Still, CFI does not fear the future of ICT. Yes, many companies are waiting to invest in new technology, but existing systems must continue to run. In addition, there is an enormous shift to online, which means that all products and services purchased via the internet have enormous advantages.

On the one hand, Afas has nothing to fear, because it has a very “sticky business”, especially in SMEs, on the other hand, it will be difficult for Afas to register new customers. The closest attackers and newcomers, Mollie, WeTransfer and Netrom respectively, are profiting enormously from the corona crisis. Mollie is an online payment service, a business that has grown enormously due to corona, and WeTransfer is in the online sharing of large files, even though a golden business now that everyone has to work remotely. Netrom develops high-quality software that can also be used online. These three companies are not expected to do worse in 2020.

And then there is Adyen, which is also already in the payment services. The Dutch company has been on the rise on the financial list for years and this year has risen by one place to fifth position. Adyen is doing very well worldwide and is getting bigger and bigger. This growth is expected to continue in 2020 and so Afas will have to deal with a number of fearful opponents for next year. It is therefore not surprising that three of the five names mentioned so far top five of the six sub-lists in the financial research. Afas leads the lists of Dutch ICT companies and those of software/cloud, Adyen does this at the listed companies and as an ICT service provider. WeTransfer is the most financially sound company in which an investor anticipates. There is also a number one position for Unica ICT Solutions in the field of hardware and infrastructure. If we look at the biggest rises compared to last year, we see Unica ICT Solutions as number one again. It rises with no less than sixty places to twelfth position on the list (see list). On the following pages, CFI indicates various ICT trends based on the financial figures and all sub-lists can be found.

Payment services, vertical software and coding are on the rise

The Dutch ICT market has been going well for years, and this year is no different. Corporate Finance International (‘CFI’) annually conducts the financial survey for the Computable 100 and sees no sign from the annual figures for 2019 that it will deteriorate financially. Not even Covid-19 will break this positive tenor, although corona will have some influence on next year’s list.

As in previous years, Ramon Schuitevoerder, Partner and Managing Director at CFI and responsible for the international sector team for Software & IT Services, and Randy de Visser, Associate at CFI, try to identify trends in ICT based on the financial figures of ICT companies. CFI does not just look at the performance of the past year, they include the financial development over three years in determining the final list. In this way they prevent enormous annual fluctuations that can be caused by, for example, companies raising investment money.

And yet, there are big surprises at the top this year. Not number one, Afas Software remains undeterred there. No, the devil is in the three positions behind it. Because in the second, third and fourth place we suddenly find three newcomers. Mollie, WeTransfer and Netrom respectively all come in with a bang. Surprising? Not for Ramon Schuitevoerder. “Mollie is growing really fast and growing even faster in 2020. Whether they can attack the number one position next year remains to be seen, but they are doing very well. Especially after they have acquired capital for a second time. In September it was EUR 90 million, the previous round it was EUR 25 million.”

Mollie is growing very fast in payment services, and that is where we immediately grasp the most important trend of this year. The company offers entrepreneurs services that digitize and above all simplify payment transactions. Mollie has received a boost in particular through additional online transactions in web shops and restaurants and has therefore grown into a true pearl. It is therefore a real unicorn from Dutch soil. A unicorn founded by Adriaan Mol: his second unicorn next to MessageBird.

WeTransfer is a completely different story. The Dutch company offers online file sharing, such as video material, and uses a very smart revenue model. The company was able to raise an investment of EUR 35 million last year from investment company Highland Europe, which also invested EUR 22 million in the company in 2015 and HPE Growth. WeTransfer wants to use the money to develop new tools and quickly scale up the current tools (internationally). Founded in 2009, WeTransfer offers file sharing services. The organization claims to have more than 50 million users worldwide, sharing more than a billion files. In addition, it provides tools for “the creative community”, such as the Collect mobile app, the Paper sketching tool and the Paste presentation tool.

Those were numbers two and three, number four Netrom will be discussed later when we talk about the trend in software development. Back to that number one: Afas Software is a really sticky company to me. It has a hugely profitable model, it has recurring business, and SMEs are the lifeline of the business. “You can take it for granted that they will be there again next year, regardless of corona”, says Ramon Schuitevoerder.

His colleague Randy de Visser checks the figures. He notes that Afas will grow 18% in 2019 compared to 2018 and over the part three years an average annual growth of 11%. The financial growth for Afas Software is logical, according to Randy de Visser.

‘It is an all-in-one system, you will not leave quickly. It is also not really easy to switch as a customer, switching means that you have to switch throughout your entire business. Afas has grown rapidly in turnover, the question is whether they can guarantee this in 2020. This growth will continue with existing customers, but acquiring new customers will be difficult. Many organizations are delaying their investments because of Covid-19. Purchase means implementation costs and the development of extra people: many do not want to incur those costs now’.

Not going back to those payment services either, we already saw Mollie pass by. This market has been growing very fast in recent years and various ICT companies know how to get their share. Other, emerging ones even grew to unprecedented sizes. Take Adyen, just to name a former little one. Adyen has been in the financial top 100 for years, in recent years even structurally in the top 10. This year they rise one more place, to fifth position.

According to Ramon Schuitevoerder, Adyen is no longer a small one, while he briefly dives into an investor’s tool. He deduces from this that Adyen has a market cap of approximately EUR 50 billion. “So that is the value of the shares”, he clarifies. He quickly looks for some other market caps (it should be noted that these are the stock prices at the end of November). “ING is worth EUR 33 billion, ABN Amro EUR 9 billion. If we then add some other financial players such as Nationale Nederlanden (worth EUR 11 billion) and Aegon (EUR 7 billion), then Adyen alone is worth almost as much as these four parties combined. That is really mega, we can be really proud how the Dutch Adyen manifests itself worldwide.”

And then suddenly we arrive in the conversation on the latest trend in which in fact largely all previously mentioned trends converge: coding. This concerns coding in the broadest sense of the word, ie low-code, application development, .Net, Java, Force.com, front-end, artificial intelligence, machine learning, etc. Coding is a growth market, although it depends on the technology used. We want to be much more represented online and physical chains must become digital. Applications must be developed for this.

There is the previously announced number four on the list: Netrom, which stands for Netherlands Romania. The company has delivery centers in Romania. Ramon Schuitevoerder: “They develop software for corporates and independent software vendors. For this they pick engineers from high-quality technical universities and use them for Western European customers. They are very profitable and they deliver good quality coding and can still arbitrage on it (the difference between purchasing and selling, ed.). They are able to produce high quality software. This allows them to compete with local players. It is the same market as Levi9 (Serbia) and Daxx (Ukraine).” 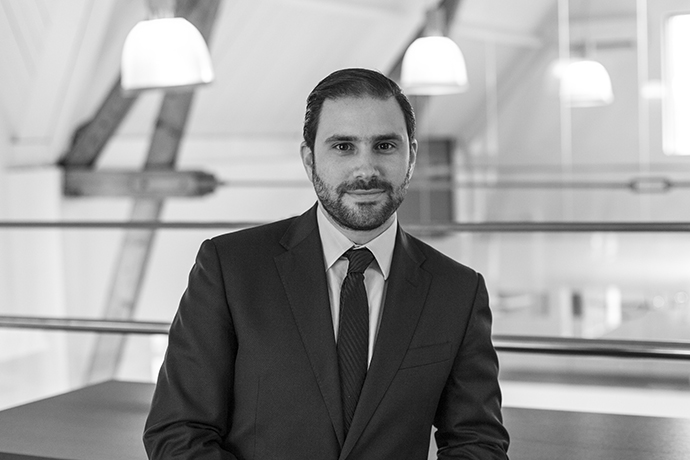